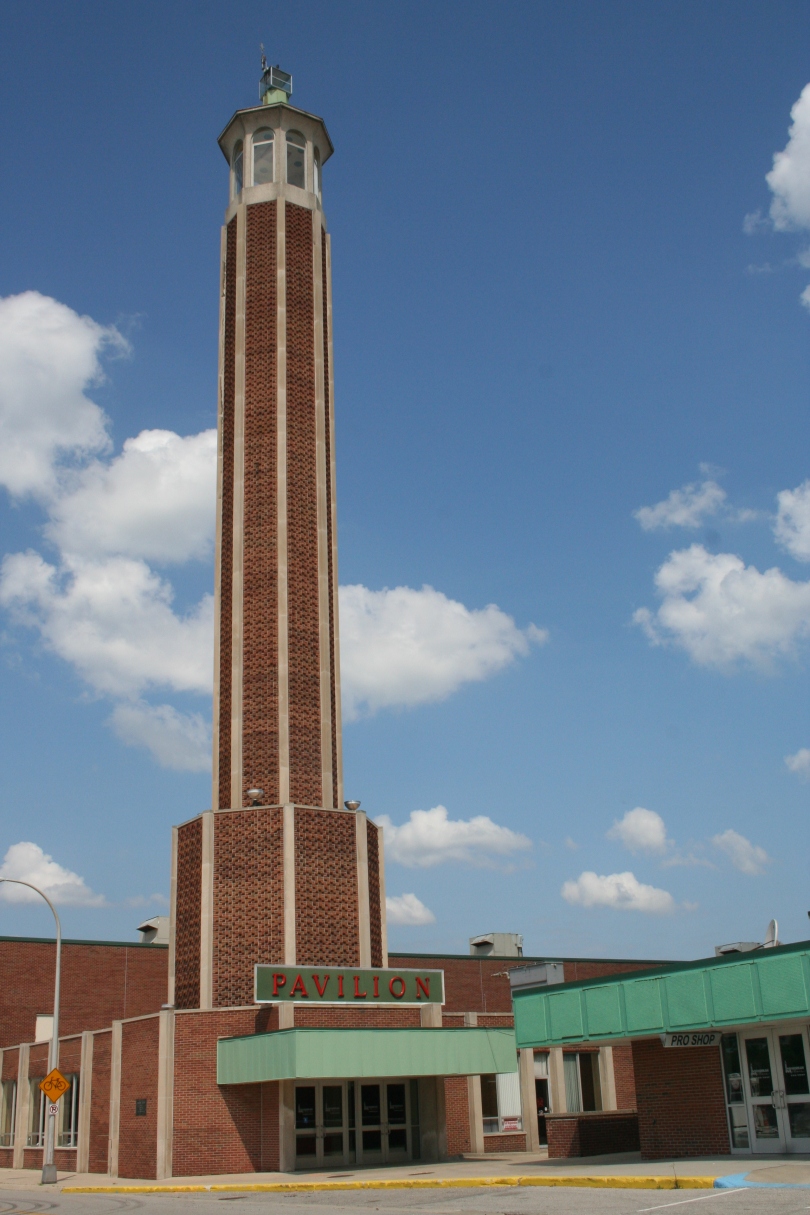 Since 2008, when I was first appointed to the McMorran Civic Center Authority board for McMorran Place, Port Huron’s iconic civic center, I have explored every crack and crevice of the building. I’ve been in the boiler room. I’ve seen the compressors, hard at work, keeping two sheets of ice cold. I dug through building blueprints in a closet filled with nothing but blueprints. I rode the Zamboni. I dusted off my figure skates in the Main Arena prior to traveling to New York City to skate at Rockefeller Center. I’ve presented awards to very deserving women on the stage in the theater. I’ve curled my hair in one of the basement dressing rooms under the theater stage.

In 2012, I even got married out in front of the fountain.

But my own personal dirty little secret? I had never climbed the tower. I resigned from my position on the authority board in May, but I was determined to climb the tower sooner, rather than later, especially since ownership of the tower and the McMorran Pavilion, to which it is attached, seems to be hanging in the balance.

So climb it I did. On a sunny Saturday morning in July, I put on my workout clothing and mentally prepared myself for the worst. The trek is 188 steps to the top and I am not exactly the Queen of Aerobic Fitness. I do run (if you call “The Old Lady Shuffle” running), but climbing 188 steps uses quadriceps in ways that mine are not accustomed to being used.

And so: I made it. And what a fun time! Though I have to admit that when I saw how dark the tower was inside — in spite of more than ample lighting — I began to feel a little creeped out and was wondering why I had decided to tackle this feat by myself instead of bringing a buddy. But once I started heading up, I forgot about my fears and became fascinated with the journey.

The best part? Topping the tower. Wow. Wow. Wow. And wow. What a spectacular view! Looking to the north toward the Blue Water Bridge, I was wondering who cued the Great Lakes freighter that magically appeared under the Blue Water Bridge for my photo-taking opportunity. Clear blue skies. Bright sunshine. And views of one of the most spectacular waterways in North America. It was a Pure Port Huron moment I will never forget.

So take the time to Top the Tower yourself sometime soon. It is a great workout with a great reward at the top. It is just one of the many interesting attractions we have the privilege of doing here almost every day when others have to wait until they are “on vacation” to get here.   –Editor

It is one of the most recognizable landmarks in the city of Port Huron. It can be seen from great distances as it looks down over the city, keeping a watchful eye on all that takes place on both land and water.

The McMorran Tower was a gift to the city of Port Huron, along with the rest of the McMorran Place complex, from the Mackenzie, McMorran and Murphy families who in 1955 donated $1.2 million for the construction of the entire McMorran Place campus.

According to Rob Churchill, assistant general manager of McMorran Place, more than 350 people climb the tower each year. He estimated that approximately 60 percent of those who climb are locals and 40 percent are visitors to the area.

The tower is open to the public whenever the McMorran Box Office is open from Memorial Day to Labor Day. Cost to climb the tower is just $2 per person.

Churchill said the tower is closed during the cold months due to moisture in the tower that creates ice and a general hazard on the steps.

Those who climb can expect to ascend a spiral staircase with cement benches located on landings all the way up. The interior of the tower is lighted.

Facts about the McMorran Tower:

Tons of steel used in the tower: 52

Tons of mortar used in the tower: 52

Tons of cut stone used in the tower: 21

Every New Year’s Eve, an anchor is dropped from the top
of the tower during a community celebration. At 150 feet, it is a longer drop than the New Year’s Eve ball drop
in New York City, which drops just 141 feet. 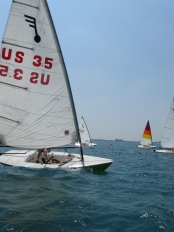 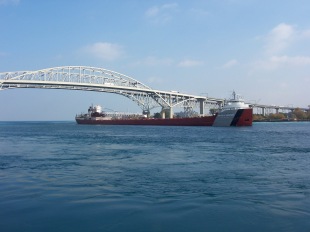 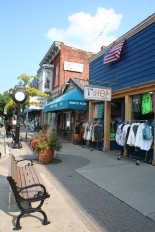 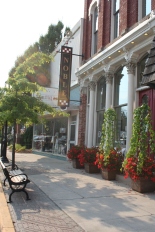 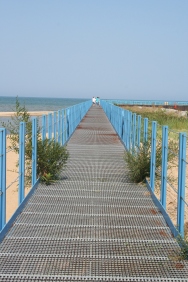 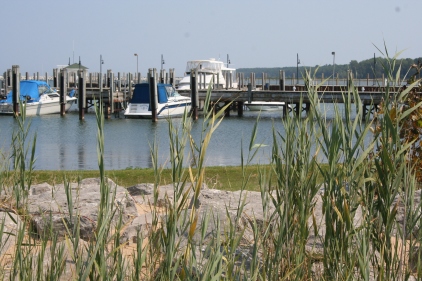 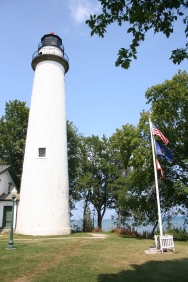 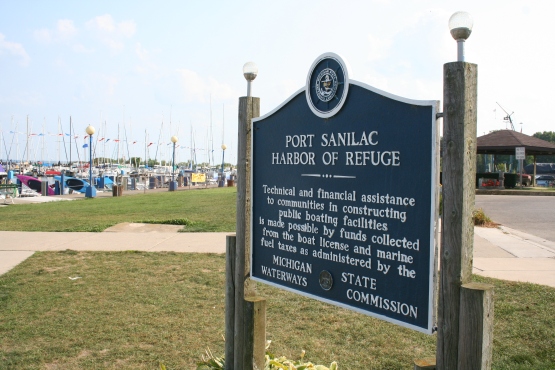 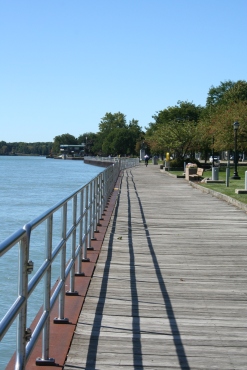 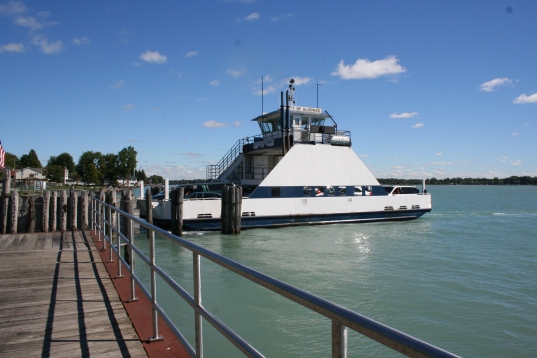 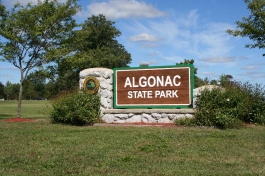 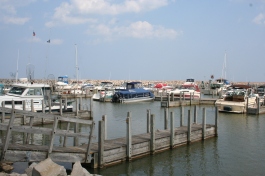 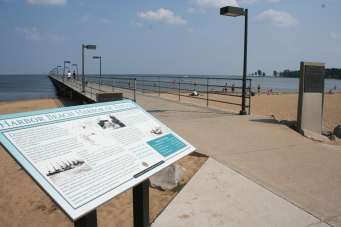 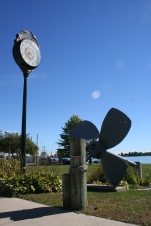 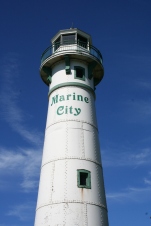 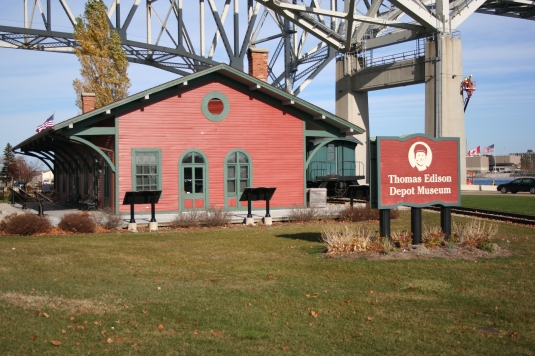 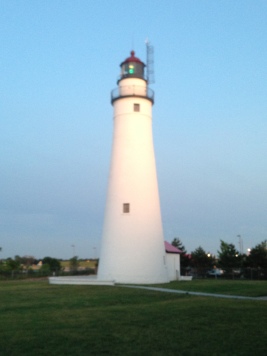